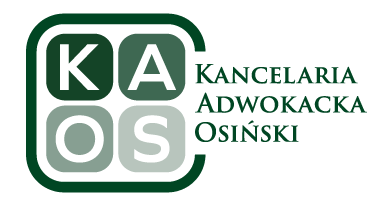 On 2nd June 2018, the President of the Republic of Poland signed the Act on supporting new investments, which significantly changes the rules of operation of special economic zones. This Act introduces new important support tools into Polish legal system, in the form of tax benefits (exemption from income tax), for investors planning to start new investments in Poland.

The main goal of the Act is to allow tax exemptions for investors to be available throughout the country, not only in the area of special economic zones. Moreover, also small and medium companies will be able to take advantage of these incentives, from the tax exemptions deserves special attention.

The Act prepared by the government is designated to replace the system of tax exemptions and reliefs, which are currently applied in 14 special economic zones – covering an area of 25,000 ha, or 0.08 percent area of the country. However, it does not introduce any changes in the scope of acquired rights for investments that already operate in Special Economic Zones. This means that entrepreneurs who have business permits issued under the Act on Special Economic Zones will operate under the legal regime of the SEZ Act until the end of 2026.

The Act provides for tax preferences in the form of tax exemption depending on: the place of investment, its character and quality of created workplaces. In particular, investments in medium-sized cities that lose their economic and social functions will be promoted.

The new provisions provide that the conditions for obtaining the preferential conditions will depend on  unemployment rate in the county, the size of the enterprise and the quality of workplaces that it intends to create. The preference decision will be issued for a fixed period – typically from 10 to 15 years. However, the higher the public aid in the region is allowed by the European Union, the longer the possible period of release will be.

Thanks to the act, enterprises from the SME sector will not have to move to the zones and invest away from the current area of activity. The act assumes that any company, in any city or municipality, will be able to apply for tax benefits and preferential conditions. Priority is given to ventures that affect the competitiveness and innovation of regional economies and, consequently,  economic development in Poland.

The Act, with the exception of one provision, will come into force after 14 days from the date of announcement.

The team of O.G. Legal Law Firm will be pleased to answer all questions regarding new regulations introduced by the aforementioned Act.

We invite you to contact us at the following e-mail address: pawel.osinski@oglegal.pl or natalia.zynwala@oglegal.pl.